The seed for Mega Roads & Civils was planted in 2001 when our founder, Nokuthula Esther Dladla, an underprivileged black woman began pursuing her dream of creating a platform to empower and create employment for women and the youth. 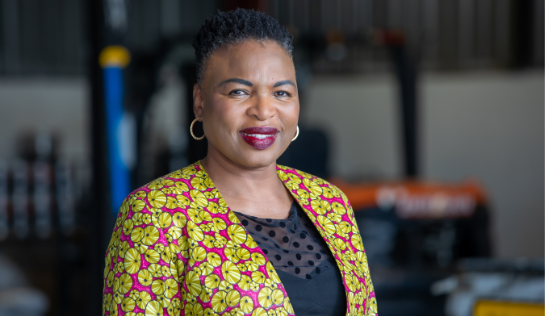 After working as a distributor, she began supplying personal protective and equipment (PPE) to the construction industry. After much perseverance she was able to raise sufficient capital to start a signage manufacturing plant, and in 2009 founded a one-hundred-percent black woman empowered company operating within the roads sector, in the largely male-dominated construction industry. A decade later Nokuthula still remains the face of the company and a strong driving force behind the company’s success. She has, however, surrounded herself with a strong team of individuals empowered to represent the company at all levels.